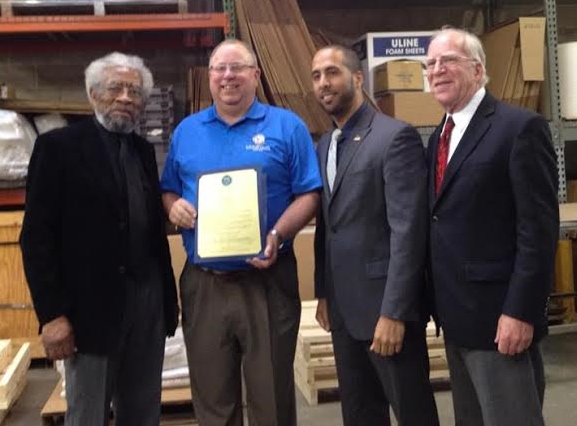 SPRINGFIELD – The rich history of a manufacturing icon in the city was celebrated on April 24 as A.G. Miller Company Inc. noted its centennial.

Rick Miller, the company president and the third generation of his family to lead the business, explained his grandfather, Adolph Gustav Miller, started the shop in 1914. 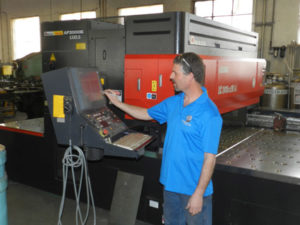 His grandfather had learned the metal fabrication business in Europe and had immigrated to the United States, Miller explained. In 1910, he moved to Springfield for a second time to work for the Knox Motor Company. There he was credited for having developed the technique of fashioning fenders from a single sheet of metals as well as creating the first water-cooled automotive radiator.

In 1914, after a stint for at the Stevens-Duryea Automobile Company, Adolph Miller formed his own company to be a job shop for the growing auto business in the Springfield area, his grandson explained.

Adolph G. Miller founded the company in 1914. At that time, a large portion of his business came from the automobile industry. The young company was immediately recognized for producing high quality parts, enabling Miller to secure contracts with the Springfield based Rolls Royce Company for production of fenders, hoods, and door panels.

From Father to Son

In the 1950’s, A. G. Miller’s son, Frederick W. Miller, began to expand the company to meet the demands of the industrial boom. This trend continued through the 1960’s and 1970’s when the company was the first sheet metal fabricator in the northeast to obtain a Numerically Controlled Turret Punch Press.

Rick Miller, grandson of A.G. Miller, named President in 1989, continues the founder’s commitment to be a leader in the industry by bringing the company into the computer age and maintaining state of the art capabilities. Laser cutting, powder coating and ISO registration are just a few examples of how A.G. Miller Company has stayed on the cutting edge of the metal fabricating industry. 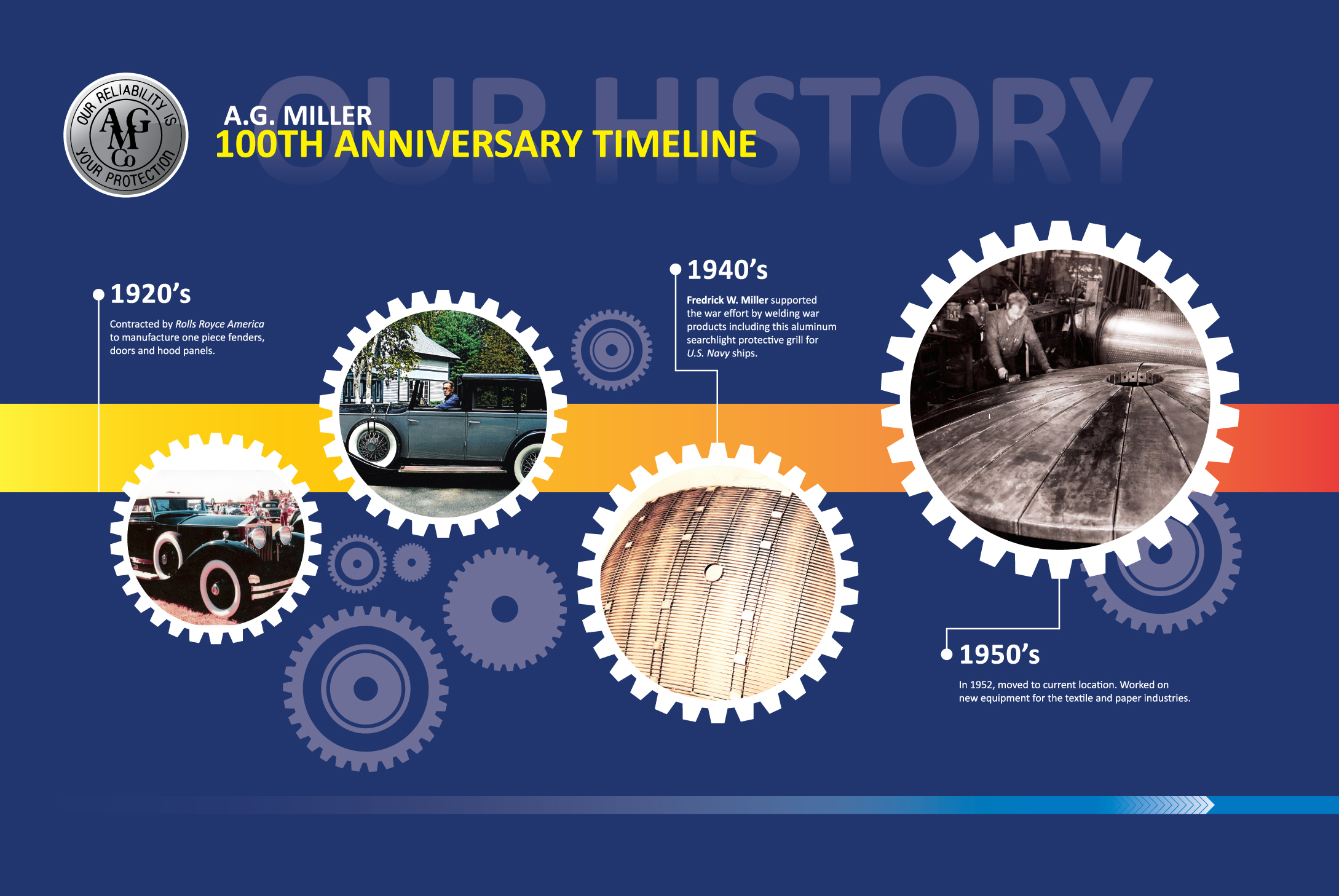 A.G. Miller has been a leader in the metal fabricating industry for over 100 years and continues…

A.G. Miller has been one of the leaders in the metal fabricating industry for over…